by Chip Brogden
Prophetic Wisdom & Revelation
“He who puts his hand to the plow, and looks back, is not fit for the Kingdom of God” (Lk. 9:62)
I want to share an experience with you that taught me to never go backward, never compromise with what God has shown you. I think it has some prophetic significance for you as well.

A few years ago I was briefly involved with a television ministry. I say briefly because six months after they hired me to coordinate their discipleship program and lead their fellowship they decided they had made a mistake and I was the wrong person for this job. They started out saying this was not a religious thing but in the end it turned out to be a religious thing, and putting me in a religious thing is like trying to mix oil and water.

Well, to make a long story short, after six months I said you know, I believe we are at a crossroads here, and I suggest we take a week to just fast and pray and seek God about what our next steps should be. That was Sunday. On Wednesday the owner called me in and fired me. So it didn’t even take a week and I had my answer, although it wasn’t the answer I expected.

So I spent the rest of that week, not seeking direction, but coming to terms with the direction we had received. We lived at the beach and I went to one of the parks at the beach so I could walk the paths and be alone with the Lord. I selected the longest trail loop I could find and began to hike and to pray.

It was early in the morning, but if you know anything about July in North Carolina then you know it starts out hot and humid in the morning and just gets worse during the day.

So I was walking through the brush and swamps and creeks and it was hot and humid and sandy and not a breath of air was stirring, which is unusual for the beach.

Well, after a period of time I reached the halfway point in my prayer walk. I had been talking with the Lord about the situation. Once again, I had lost my job, lost my home, lost relationships with people we thought were friends, and so on. All because I refused to be religious, I refused to do all the things religious people expected, and I refused to compromise the simplicity of Christ and get legalistic and businesslike.

So I crossed the halfway point and right there in the path was this swarm of biting black flies. Just a cloud of them. I stopped and looked and a couple of them bit me so I took a few steps back and just looked at the cloud. And I thought, “Great. To get to the end I have to walk through this cloud of biting flies. But I’m halfway finished. It doesn’t matter if I go forward or backward on this loop, it’s the same distance either way. I can just retrace my steps, avoid this swarm of biting flies, and end up in the same place.”

So I stood there weighing my options and going back looked really appealing. Then it seemed as if the presence of the Lord settled around me and it just seemed to me that there was something prophetic about this experience. It was as if everything came to a stop and a great cloud of witnesses was looking down on me to see if I would take the easy path backward, or if I would take the difficult path forward. And although the decision was totally up to me, I had the sense that there was something prophetic in this decision. It would reveal something about my character. It would send a message in the spirit.

Now you might think that’s crazy, but that was the impression I had of that moment, and it just came upon me suddenly – the prayer walk, the path I had taken, the cloud of black flies, that moment of decision – all of it was ordered by the Lord to bring me to this point in time.

So once I understood the significance of this, the decision was easy. I gritted my teeth and went right through that cloud of biting black flies. And the curious thing is it wasn’t as bad as I thought. I got some bites, and it hurt, but it didn’t die. I just pushed on through it and came out and continued my prayer walk. And that was how God answered my prayers. Not by removing the black flies, but walking with me through it, giving me grace to endure it patiently.

The point of this experience was not to teach me about black flies, but to teach me about the difficulty my family was facing. He wasn’t going to give me my job back, He wasn’t going to change the minds of the people involved with firing me, but He would go with us through this and bring us to the place He has prepared for us. It would hurt but it wouldn’t kill us. We’d come through this because of His grace. And so we did. And so will you.

The truth is you won’t killed, but you will die to some things that you need to die to. Now to those looking at this situation from a natural viewpoint it looked like a failure – as if victory means everything goes the way you expect it to go! But it’s only a failure if you fail to learn the lesson. It’s only a failure if you don’t come away from your experience with a deeper, more thorough understanding of the Lord and how He works.

From that time forward I never again measured success in terms of outward things: numbers, dollars, ministries, etc. I gained some wisdom and understanding. I learned something about myself, and I learned something about people. Yes it was painful, but as they say in the exercise business, “No pain, no gain.” If it doesn’t hurt then you aren’t exercising hard enough. If you never experience doubt, fear, confusion, or disappointment then you haven’t gone far enough yet. Those things come, but those things go, if you keep going forward.

In the wilderness you don’t follow your feelings. It says the children of Israel were led by a column of smoke by day and a pillar of fire by night. When the cloud moved then they moved. When the cloud stayed still then they stayed still. I mean it’s really as simple as that. Walk in the Spirit. If you begin to be led by your feelings then you’ll make the wrong decision every time. Most of the time, the right decision don’t feel good. Doing the right thing is usually difficult. The easiest thing to do is to quit, to give up, to go back to Egypt. But I’m telling you, get to place where going back is no longer an option – then going back is no longer a temptation.

When the Spanish explorer Cortez landed in South America he was looking for a way to make sure his men would not be tempted to quit and go back to Spain when times got hard. So as soon as they landed on shore and unloaded their supplies, he ordered them to burn their ships. There would be no going back. Either they would overcome or they would die trying.

I just wish we who are Christians, we who claim to know the Lord, would have as much faith in the Lord Jesus as those men had in Cortez. They burned their ships and followed him into the jungle and Cortez didn’t have a clue where he was going or what he would find. How much more can we trust the Lord Jesus to not only lead us out of Egypt, but to lead us through the desert and into the Promised Land?

This article is from an audio series titled “Developing Your Spiritual Discernment”. 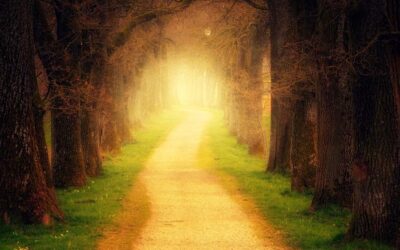 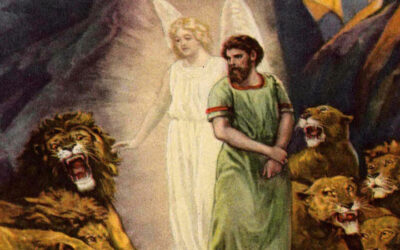 The Priests of the Lord (Part 2)