by Chip Brogden
Prophetic Wisdom & Revelation
This article is taken from an audio message. The spoken form has been retained throughout.
Scripture declares that God has given us tremendous spiritual authority in Christ. With this authority, we can confidently overcome sin, satan, and the world.

First, as a disciple of Jesus Christ you have authority over sin. Let’s illustrate that by turning to John Chapter 8, beginning in verse 31:

“Then Jesus said to those Jews who believed Him, ‘If you abide in My Word, you are My disciples indeed. And you shall know the truth, and the truth shall make you free.’ They answered Him, ‘We are Abraham’s descendants, and have never been in bondage to anyone. How can You say, “You will be made free?”‘ Jesus answered them, ‘Most assuredly I say to you, whoever commits sin is a slave of sin. And a slave does not abide in the house forever, but a son abides forever. Therefore, if the Son makes you free, you shall be free indeed.”

And you might say, “Well, I don’t feel like it, it doesn’t look like it, blah blah blah.” One thing you need to learn about authority is: authority is yours whether you see it, whether you feel it, whether you act upon it or not. You still have authority over sin. We’ll talk about how to increase that authority, and that’s the difference. The increase of authority over sin (and over anything else that we’ll discuss) is increased as you act upon that authority. We’ll discuss that as we go forward, but right now, just accept it on faith based on what Jesus is saying. He or she, whoever the Son sets free, is free indeed. So you have authority over sin. You’re no longer a slave to sin, instead, Paul says you are a slave to righteousness. Now the first step is recognizing that so you can start living according to who you really are, not the way you’ve been living up to the point where you gave your life to the Lord. So authority over sin – that’s what you have already, number one.

Number two, you have, as a disciple of Jesus Christ, authority over satan. You do have authority over the devil. I’ve already read this, but to reinforce the point once more – and there are many scriptures that we could provide to support this, but one of the clearest examples is Colossians Chapter 1 – so if you’ll turn to Colossians Chapter 1, I’d like to begin with verse 12:

“Giving thanks to the Father, Who has qualified us to be partakers of the inheritance of the saints in the light. He has delivered us…” (Now that is past tense. He has – not going to deliver us.)

“…He has delivered us from the power of darkness and conveyed us into the Kingdom of the Son of His love.” The Greek word “power” there again, being “exousia”, more properly translated “authority”.

Authority Over the World

Thirdly, you have authority over the world. And that is found in I John Chapter 5, if you would turn there please. Beginning in verse 4, it says this:

Different people could translate that to mean different things. I take it as: authority over the world system, authority over the ways of the world. It means the world no longer has to have that pull and that draw upon you, because your citizenship now is in heaven, and you can be an ambassador for Christ and a king and priest in His Kingdom and represent that to the world around you. That’s how you overcome the world. John says don’t love the world, or the things of the world, because the world and the things therein are passing away, but he who does the will of God will abide forever. And this is he who overcomes the world: those who are born again. Those who have believed on the Name of Jesus. And this is the victory that has overcome the world: our faith. So praise God.

So how is it that the devil is able to accomplish so much? It’s because “My people perish for a lack of knowledge.” It’s a lack of understanding, and actually a lack of wisdom, because we don’t continue in the Word, we don’t give the Word time enough to transform us and conform us. We don’t continue, we don’t abide in His Word. And so Jesus says (in effect) “if you don’t abide in My Word then you’re not my disciples indeed, you will not know the truth, and the truth will not make you free.”

So don’t blame God, don’t blame sin, don’t blame satan, don’t blame the world – and don’t blame yourself. Just go ahead and say, “OK. I recognize now that I have failed to grow up in these areas.” And ask the Lord to help you to grow, and as you do, your awareness of the truth will begin to transform you.

This article is taken from an audio series titled “Spiritual Authority: Who Has It, Who Doesn’t, And What You Can Do About It.” 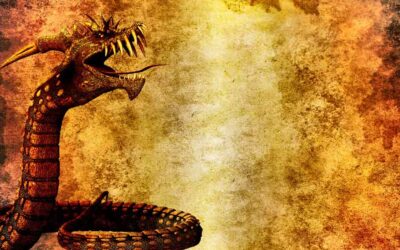 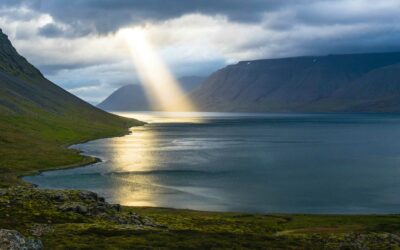