by Chip Brogden
Ekklesia, Fellowship & Church
What constitutes unity?  Is it a church service or a home group?  Is it any gathering of Christians together?  Is it a meeting of like-minded brothers and sisters?

“I do not ask for these only, but also for those who will believe in me through their word, that they may all be one, just as you, Father, are in me, and I in you, that they also may be in us, so that the world may believe that you have sent me” (John 17:20,21 ESV).

The prayers of Jesus give us remarkable insight into how He sees things.  Remember that He is the Final Authority.  However we may think or feel or see or understand things is beside the point.  God’s goal is for Christ to have the preeminence in all things – not us! In this Kingdom only His opinion matters. This means that our viewpoint must give way to His.  Particularly in the matter of fellowship, Christians are very opinionated.  But what does Truth say?

He expresses His desire very clearly.  It is not merely a request for unity along the lines of forgetting our differences and just “getting along”.  People will pick up on this phrase, “that they may all be one”, and try to create a unity that embraces everyone equally, no matter what they teach, what they believe, or how they live.  In this false unity, every path to God becomes a valid path of spiritual expression and should not be criticized.  Of course this contradicts what Jesus had just said about Himself being the only Way to the Father, but it certainly makes it easier for us to create unity for everyone.  Is that what Jesus wants – quick and easy unity through compromise and concession?

Perhaps His cry for “unity” just means unity among all those who call themselves Christians – regardless of whether or not they are actually following Christ.  Is this what Jesus prayed for? Could it be possible that most people consider themselves “Christians” simply because they believe in God, Jesus, and the Bible?  Do these beliefs in and of themselves mean they are actually following Christ?  Does it even mean they have a desire to follow Christ?  Perhaps they only have a desire to avoid hell and go to heaven. Let’s be honest. We should know by now that there is a difference between following the Christian religion and following Christ.  Not everyone who says they are a brother is really a brother! “But now I am writing to you not to associate with anyone who bears the name of brother if he is guilty of sexual immorality or greed, or is an idolater, reviler, drunkard, or swindler—not even to eat with such a one” (I Cor. 5:11). So much for the fellowship meal!

Unity According to Jesus

What then is this unity?  Let us keep reading because there is more to this than mere unity.  “That they may all be one.”  Yes, but how?  What does it look like?  The answer: “That they may all be one just as You, Father, are in Me, and I am in You.”  Just as.  That means in the same manner that the Father is in Jesus, and Jesus is in the Father, so He desires that believers would also be one in Him and in His Father. One in Him is the key.

So let us ask: if this oneness among all believers is to be the same as the oneness that exists between Jesus and the Father, then what is the nature of this oneness?  What can we say about it?  You can read the Gospels (particularly the Gospel of John) and see that intimate oneness.  It is real.  It is living.  And it is continuous. It is a oneness, a fellowship, a unity, a communion that exists between the Father and the Son.

And yet this oneness is entirely invisible.  It is not a physical oneness, or an emotional oneness, or a social oneness, or a geographical oneness.  What is left? It is a spiritual oneness.  Jesus said His Father was with Him always.  Yet no one ever saw His Father.  This perplexed the Jews, the Pharisees, and even His own disciples.  No, you cannot see Him, Jesus said.  Then He went beyond all dimensions: “My Father lives in Me, and I live in Him.  The words I speak, the works I do, are not Mine; but it is the Father in Me Who speaks and does the works.”  What a word: IN!  Christ IN ME! Not merely with me, or by me, or next to me, or above me, but IN ME!

Have you ever wondered how it was possible that Jesus could say, “I am with you always” and then immediately leave them and ascend into Heaven?  Jesus did not tell His disciples to cling to His physical presence no matter what.  On the contrary, He said, “It is better if I go away!” (Jn 16:7). He wanted them to go to a deeper level with Him and experience a oneness that was not dependent upon seeing, hearing, and “being there” in a physical sense.  Once He had gone away they were forced to relate to Him in a spiritual way or no way at all.  So much the better!  Because what they discovered was a depth of oneness that far surpassed what they had experienced by following Him physically around Palestine for a little more than three years.  In the process of apprehending Him spiritually  they also discovered a spiritual bond with one another that was greater than any mere gathering in the flesh could ever produce.  That bond was, and continues to be, Christ Himself.

Have you discovered the spiritual oneness that exists between Christ and yourself?  If not, it will be impossible for you to understand the spiritual oneness that exists among His followers.  Before you try to figure out “fellowship” you must first experience this oneness with Christ, because that is what real oneness with others is based on. Now, that is my recommendation for everyone who is dissatisfied.  Stop looking to other people to satisfy needs that only Christ Himself can satisfy. It is not “more fellowship” that you need; you just need to know the One Who lives in you. Otherwise you will mistake meetings and gatherings for spiritual fellowship.

Did they gather together in the Scriptures?  Yes, but their gatherings were governed by the Holy Spirit and resulted in spiritual progression towards Christ-centered maturity.  Most of our gatherings are governed by something else and lead towards self-centered immaturity. Gatherings in the early Ekklesia were governed by the Holy Spirit because the people who gathered  were governed by the Holy Spirit, and that brought a spiritual meaning and purpose to everything they did.  They enjoyed a spiritual fellowship and communion with Christ and with one another because it was through Him and because of Him that they came together. Apart from Him we can do nothing – we can’t even gather together apart from Him. Of course we can gather physically, and people do meet together in the flesh under a guise of spirituality, but the point is that anything we do apart from Him amounts to nothing, no matter what we call it or what it looks like.

Jesus prayed for a spiritual unity in Him first and foremost.  From there anything is possible, even deep relationships and fellowship with others. But that can only happen when your spiritual life is founded upon a deep, abiding belief in three core principles.  There can be no compromise with these three basic truths: 1) that Jesus is Enough; 2) that Jesus is All I Need; and 3) that Jesus is All I Want.  Pay particular attention to the third because it proves just how serious you are about the first two. Anyone can nod their head in agreement or say Amen to these statements, but if you can become convinced of these three truths to the point that you actually live like they are true then you will make progress.  If not then you will remain dissatisfied and will always be looking for the next thing. People who believe Jesus is Enough do not run all over the world seeking the next move of God, nor do they feel compelled to hunt for like-minded people to socialize with. Unfortunately I cannot persuade anyone that Jesus is Enough. Perhaps they will learn it after one thousand meetings, perhaps after ten thousand meetings, or perhaps they will never learn it. No, the meetings will not lead you to that conclusion, but the emptiness you feel after the meetings just might.

I cannot persuade you, but I can say that I am persuaded.  I have learned. I pray that we are moving closer to the time when Jesus will receive the answer to His prayer: that we ALL may find true, lasting, living, spiritual fellowship, oneness, and unity together in Him, and in Him alone.  Amen. 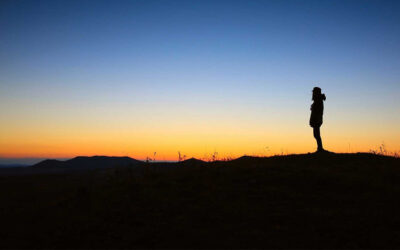 5 Reasons Why Fellowship Eludes Us 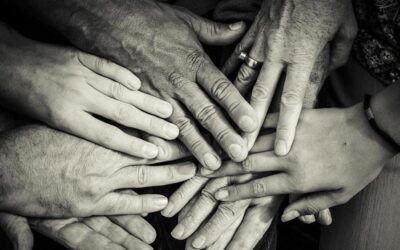 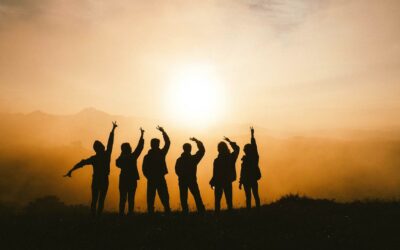 How to Find Fellowship Anywhere